Peter Zijlstra recently received a Consolidator Grant of € 2 million from the European Research Council (ERC). He is using the grant for his research into making protein interactions visible by means of gold particles. In this way he hopes to be able to unravel how the folding of proteins works.

Proteins in the human body are folded in such a way that they can best perform their function. If the folding goes wrong, this can sometimes lead to the onset of a disease such as Parkinson’s or Alzheimer’s. So-called chaperone proteins ensure that as few mistakes as possible occur during folding but, unfortunately, researchers have yet to discover exactly how these chaperone proteins do their job. All they know is that different chaperone proteins work closely together, and at some point each has to bind to and release from the protein to be folded.

TU/e molecular plasmonics researcher Peter Zijlstra wants to make this process visible by using a gold particle as a ‘flashlight’. Zijlstra: “At the moment it is only possible to detect individual proteins if they are strongly diluted, up to a concentration that is 10,000 times lower than in our bodies. To see one protein at work in an environment that is comparable to that in our body, you have to do something to make sure that this protein stands out from the rest.”

Current microscopes can be compared to a large beam of light, which illuminates thousands of proteins at the same time. It is therefore not possible to follow the behaviour of one of those proteins in the mass. The researchers are now using a gold particle to illuminate a much smaller number of proteins, as if it were a flashlight with a very narrow beam.

Each of the chaperones needed to fold the protein lights up in a different color. This makes it possible to make a distinction. Zijlstra: “By following the light signals in time, we see which chaperone proteins work together. In this way we can also see in which order they work, and how long each chaperone has to bind in order to fold the protein.” Zijlstra can also compare whether folding with chaperones is faster than folding without these assisting proteins.

Zijlstra’s technique is compatible with all standard optical microscopes. The visualisation technique should be ready in three years’ time, after which the researchers will start studying the chaperone proteins. In addition, they want to make the technique available to other researchers by then. Zijlstra: “We want to give other researchers a kind of design rule. Using this microscope, this dye and this gold particle you can study protein interactions at high concentrations.”

Zijlstra will use the scholarship to recruit two PhD candidates and two postdocs after the summer.

After the summer, Zijlstra will use the scholarship to recruit two PhD candidates and two postdocs. ERC scholarships catalyze new and unpredictable scientific and technological discoveries. Consolidator Grants are intended for researchers of any nationality that have 7 to 12 years of experience after obtaining their doctorate. 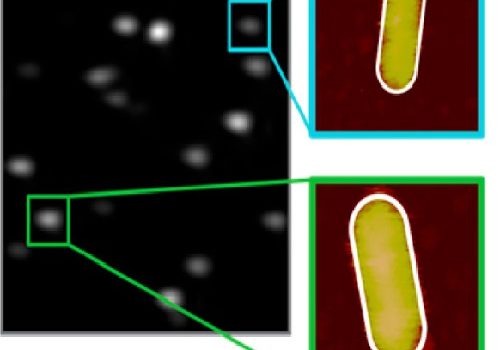 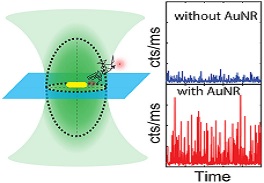 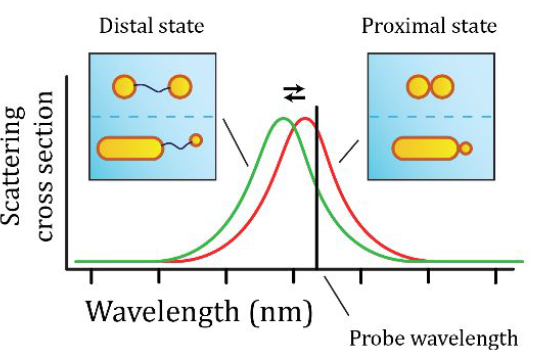